The health, safety, and well-being of our athletes, families, staff, and volunteers are a top priority for the Jr. Gamblers Organization. It is with this priority in mind, that we ask all members of the Jr. Gamblers community to observe the following simple procedures so we all do our part to stay healthy, help keep others healthy, and help slow the spread of COVID-19, and other communicable diseases/illnesses.

Congratulations to our very own Jenny Potter! US Hockey Hall of Fame Class of 2020!

Jenny Potter named to the US Hockey Hall of Fame Class of 2020!

Congratulations to our athletes and families for earning the BEL (Bantam Elite League) Minor Championship on Sunday, August 30, 2020.

Congratulations to 04 Jr Gamblers Quinn Finley and Evan Hunter who were selected in Phase 1 of the 2020 USHL draft. Finley was the first overall selection in the draft by the Madison Capitols.  Details can be found here.  Hunter was an eighth round pick of the Chicago Steel and there official release can be found here.  Good luck boys!

Jr Gambler Quinn Finley has been selected by USA Hockey as one of forty-nine top American hockey players born in 2004 to attend USA Hockey's National Team Development Program Evaluation Camp. The camp, which will help select the 2020-21 U.S. National Under-17 Team, takes place from March 18-22, at USA Hockey Arena in Plymouth, Michigan.  Quinn is currently in  his sixth season with the Jr Gamblers and a member of this seasons U15 Midget team.  The full details of USA Hockey's official press release can be found here.

Congratulations to former Jr Gambler Logan Dombrowsky (Stevens Point, WI) on signing a tender with the Amarillo Bulls of the NAHL.  Best of luck Logan!

Join us in congratulating Holly Gruber ('02) who has verbally committed to the University of Minnesota Duluth women's hockey team.  Holly becomes the first female player in Jr Gambler history, having spent three years playing goalie on boys teams,  to commit to a NCAA Division 1 program.   The official press release can be found here.  Congratulations Holly! 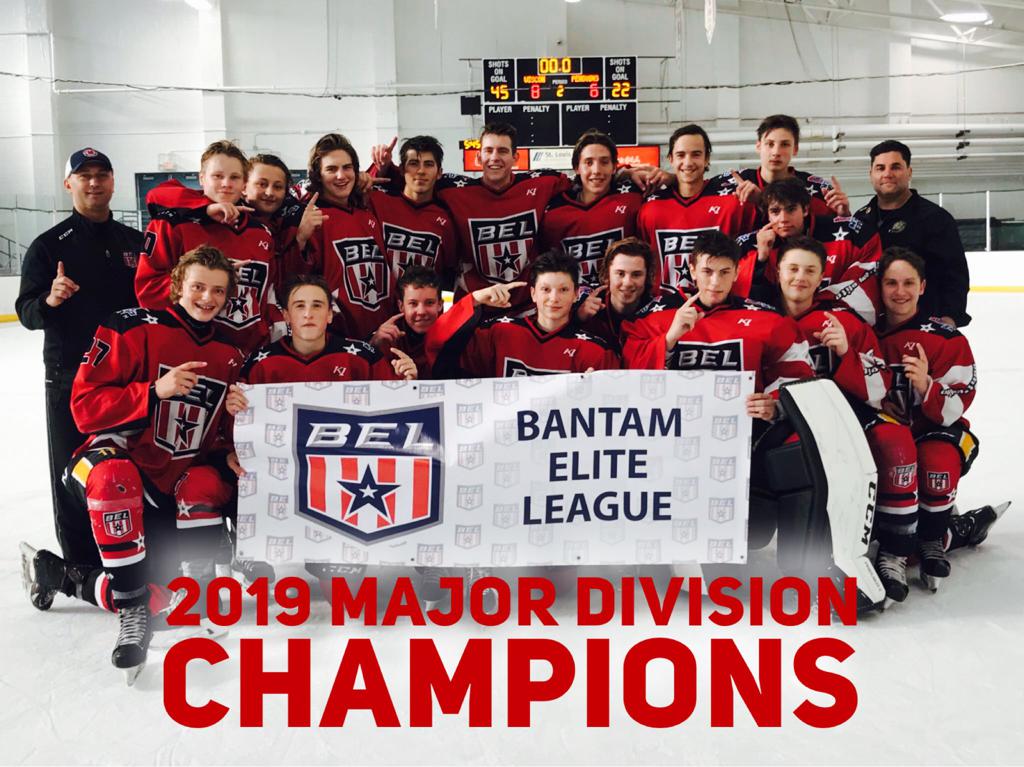 Members of the 2005 and 2004 Jr Gamblers represented the state of Wisconsin in this season's Minnesota Bantam Elite League.  The team coached by Brian Rafalski went 12-3 over the four week season.  Coach Rafalski's team won 7 straight games over the last two weekends including the final three games to capture the tournament championship. This marked the first time a non-Minnesota team has won the MN Bantam Elite League tournament!  04 Jr Gambler Quinn Finley was named the league MVP.

Congratulation to '03 Jr Gambler alum Trey Zagrzebski for being selected by the Barrie Colts in this years Ontario Hockey League (OHL) Draft.  The OHL is the premier major junior hockey league in Canada.  Trey played his Pee Wee Major and Bantam Minor years in the Jr Gambler program.  Details of the Barrie Colts selections can be found here.

Congratulations to Brayden Stannard ('02) for his recent commitment to the University of Nebraska - Omaha.  Details of Brayden's commitment can be found here.   Brayden is now the fourth Jr Gambler 2002 birth year player to commit to a NCAA division 1 program.  Great job Brayden and keep up the hard work!

'98 Jr Gambler David Fessenden has committed to the University of Alabama-Huntsville for the 2019-2020 season.  The 6'6 goalie has spent the last three seasons in the NAHL with the Bismark Bobcats and the Northeast Generals.  More details of his commitment can be found here.  Best of Luck David!

Congratulations to Jr Gambler alum Brendan Poshak ('02) on his D1 commitment to Northern Michigan University.   Brendan was a 5yr Jr Gambler playing his Squirt through Bantam Minor years.  Great work Brendan and best of luck with the Wildcats!

2002 Danny Laatsch has been selected as one of twenty-one players who will suit up this coming season for USA Hockey's National Development U17 team.  The USNTDP-17 plays along with the USNTDP-18 team in the USHL. In addition to the opportunity to play in the USHL, Laatsch and his teammates will also be competing in the World Under 17 Hockey Challenge, Four Nations Tournament and the 2019 Five Nations tournament.   Congratulations Danny!

Further information can be found here.

Former 2002 birth year Jr Gambler Danny Laatsch has committed to Coach Tony Granato and the University of Wisconsin.  Details of Danny's commitment can be found here.  Best of luck Danny!

Former Jr Gambler Casey Roepke ('02) has verbally committed to the University of Wisconsin.  Details  of Casey's commitment can be found here.  Congratulations Casey!

The Winnipeg Jets announced this morning the signing of Jr Gambler alum Mason Appleton to a 3 year entry level NHL contract.  Mason played four years in the Jr Gambler program beginning as a Squirt.   In Mason's two years at Michigan State he registered 53 points (17 goals, 36 assists) in  72 career games.  As a freshman in 2015-2016, Mason earned the Spartans' Outstanding Rookie award with 22 points including a team high 17 assists.  Last season as a sophomore, he lead the Spartans in goals, assists and points earning the Most Outstanding Offensive Player and MVP awards.

Michael Karow ('98) was selected by the Arizona Coyotes in the 5th round of the 2017 NHL Draft.  His first interview with the Arizona media can be seen here.  Michael was a Jr Gambler from Squirt Majors through Bantam Majors.  Congratulations Michael! 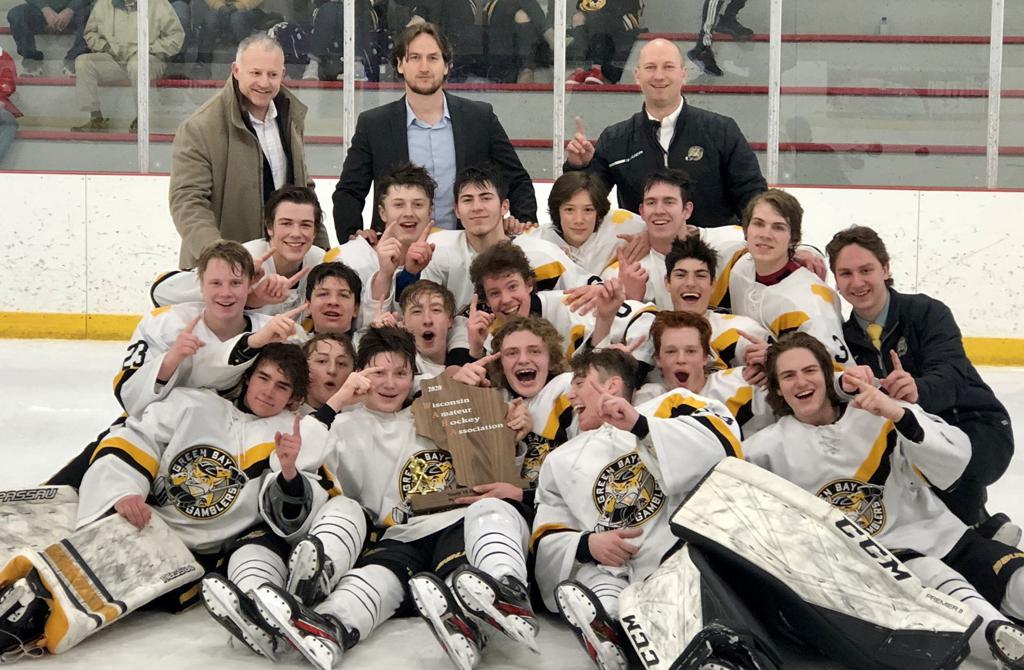 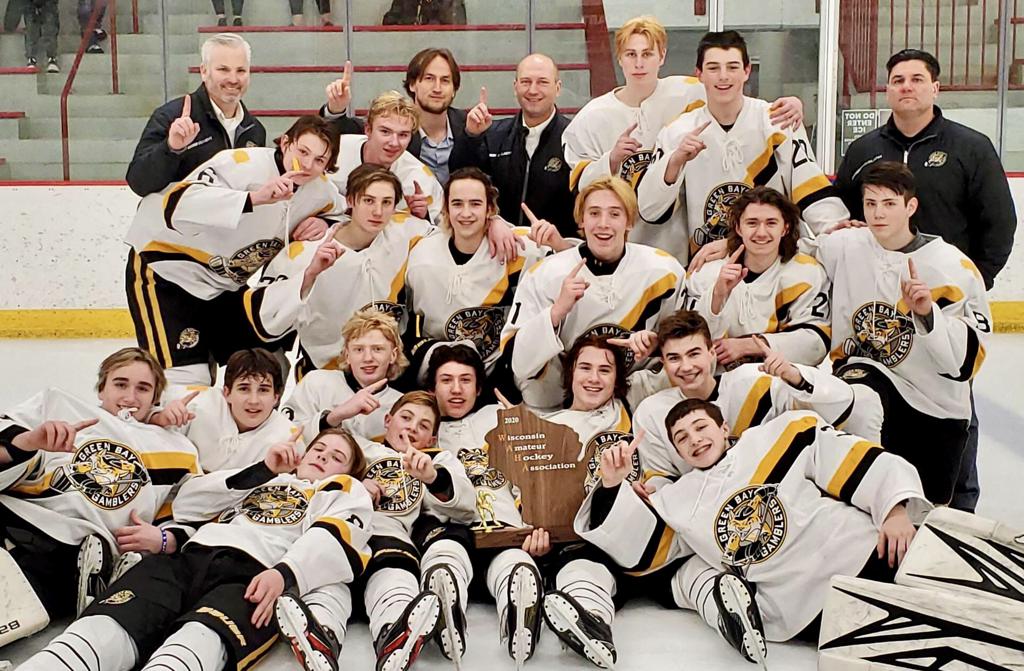 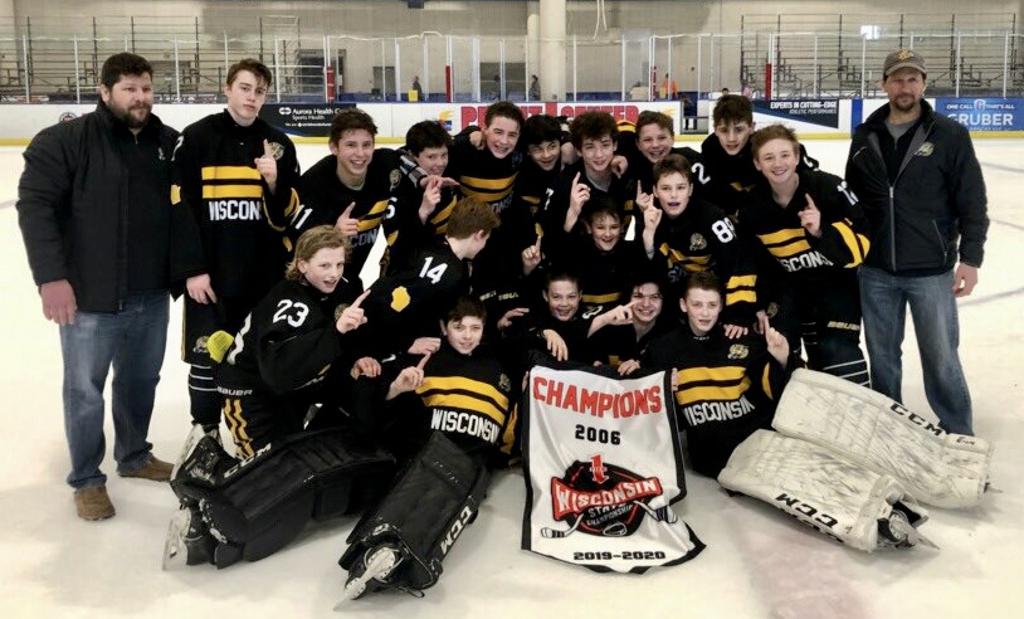 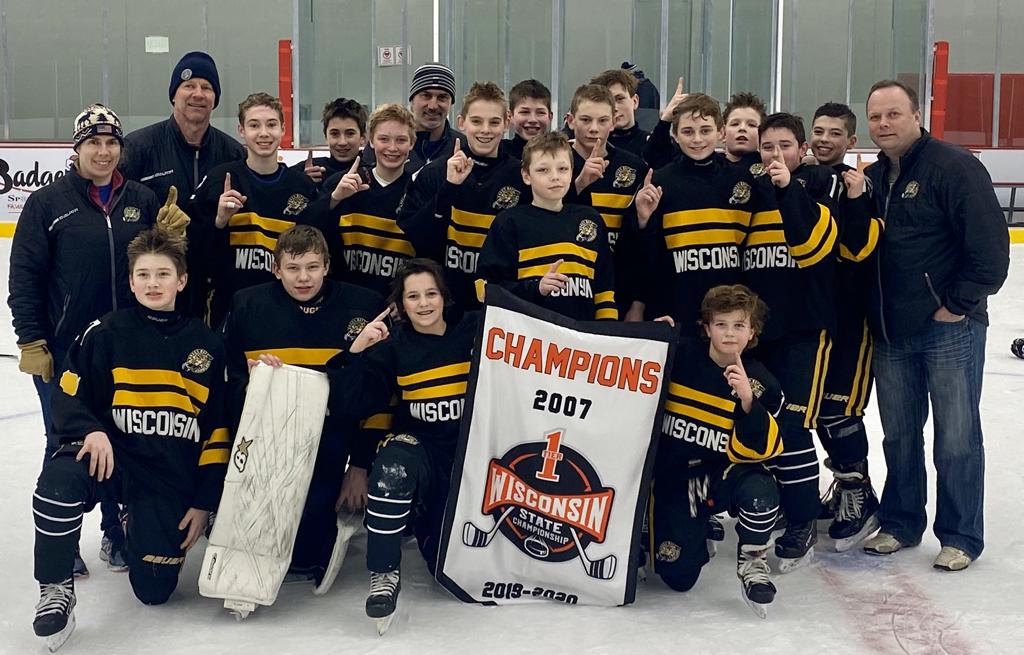 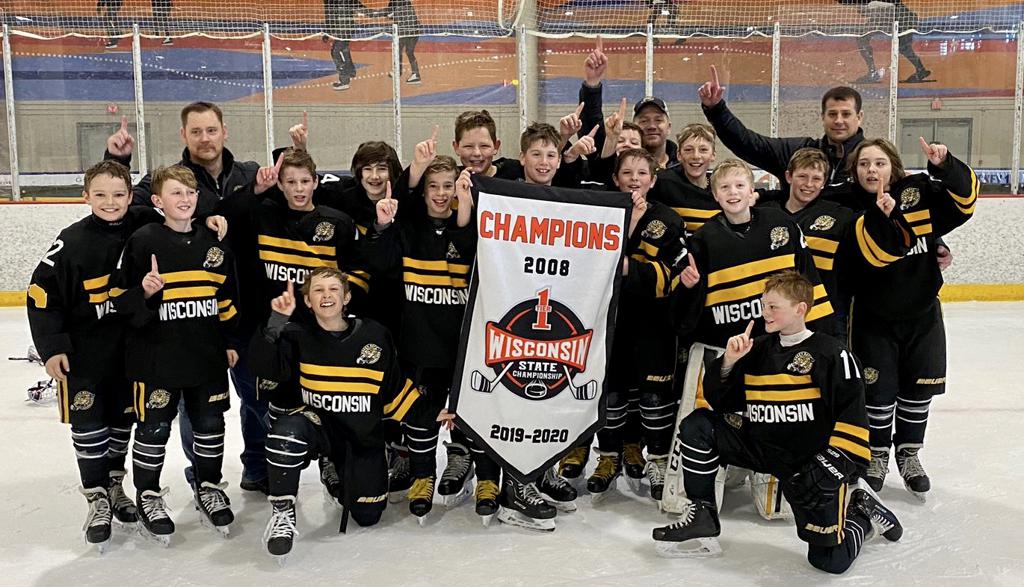 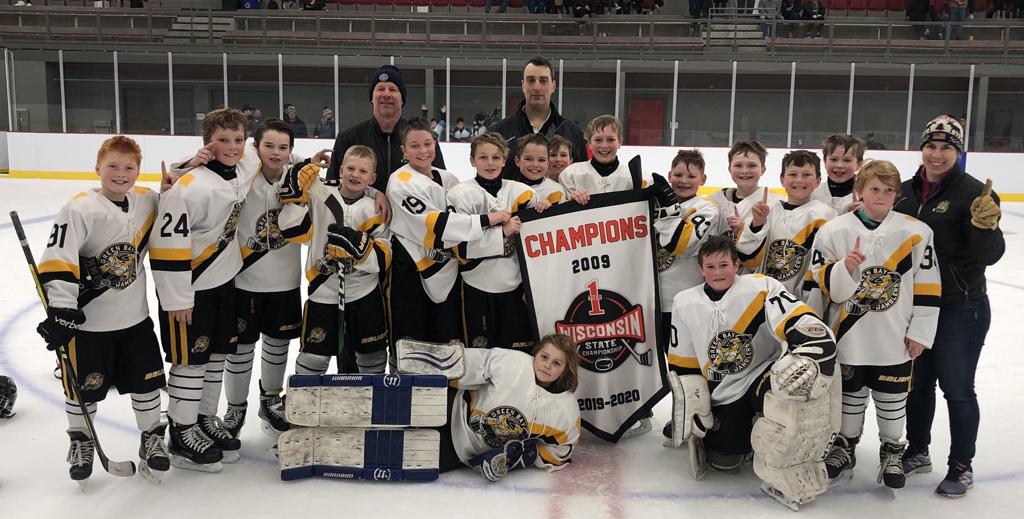 The Jr Gamblers would like to announce the addition of Rob and Jenny Potter to the organization's list of coaches for the 2019-2020 season.  Both Rob and Jenny will be working with a number of Jr Gambler age groups this coming season.

Coach Jenny Potter brings 26 years of hockey experience to the Jr. Gamblers organization as a player, coach/consultant and administrator.  As a player, Potter remains one of the most highly decorated ice hockey players in US history.  As a member of Team USA, Coach Potter earned a gold medal in the 1998 Olympic Games, silver medals in 2002 and 2010, and a bronze medal in 2006.  As a coach/consultant, Potter has completed successful head coaching tenures in the MSHSL (MN high school), NCAA (Trinity College and The Ohio State University) and IIHF (USA Hockey/USNDP Program/Team USA, The Slovakian Ice Hockey Federation/Team Slovakia and Ice Hockey Iceland/Team Iceland).  Giving back to the game she loves so much continues to be a focus for Potter; training and developing future champions at the youth, NCAA, IIHF/Olympians and NHL level, and as a director for USA Hockey.

Further information regarding Rob and Jenny Potters background can be found here.

Click here to access the digital copy of USA Hockey Magazine that features former Jr Gambler Chris Nell.  Chris is featured as a rising star goalie for the NY Rangers.  Keep up the good work Chris! 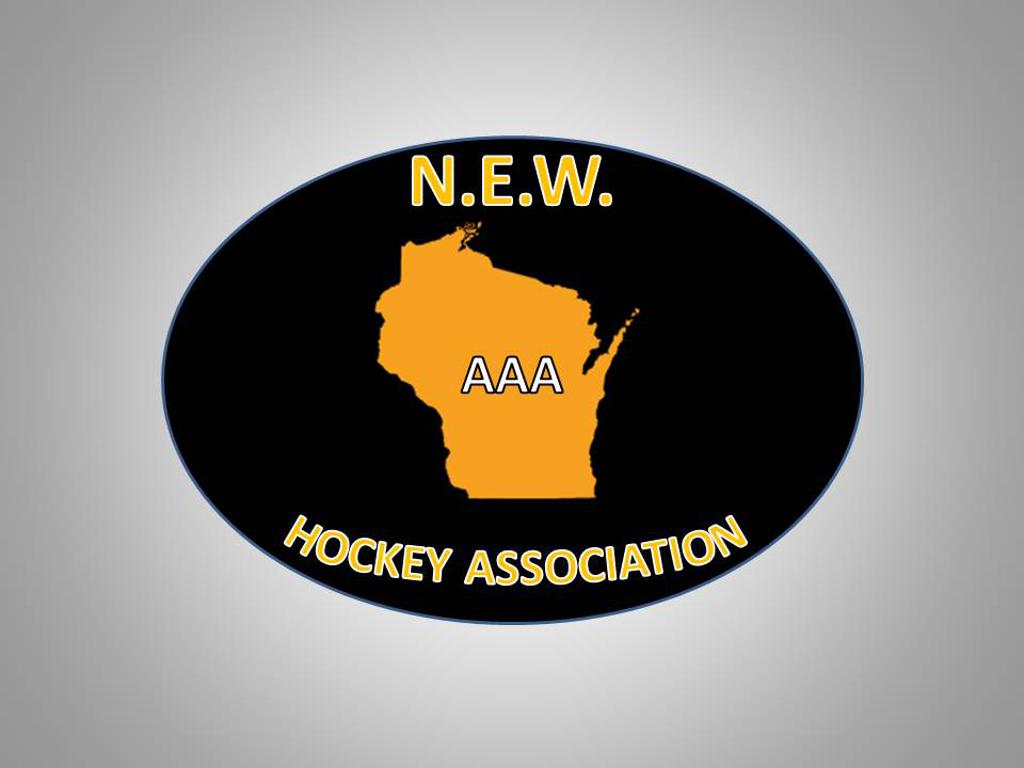 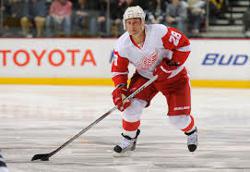 We would like to welcome 3 time Stanley Cup champion, 3 time Olympian and 2014 United States Hockey Hall of Fame inductee Brian Rafalski and his family  to the Jr Gambler organization.  Prior to joining the Jr Gamblers, Brian coached AAA youth hockey the last four seasons for the Florida Alliance were his teams finished first nationally for the 2013 and 2014 seasons and 3rd nationally for the 2015 and 2016 seasons.

The NorthEast Wisconsin Hockey Association is pleased to announced Brian Rafalski has been named the organization's Director of Player Development.