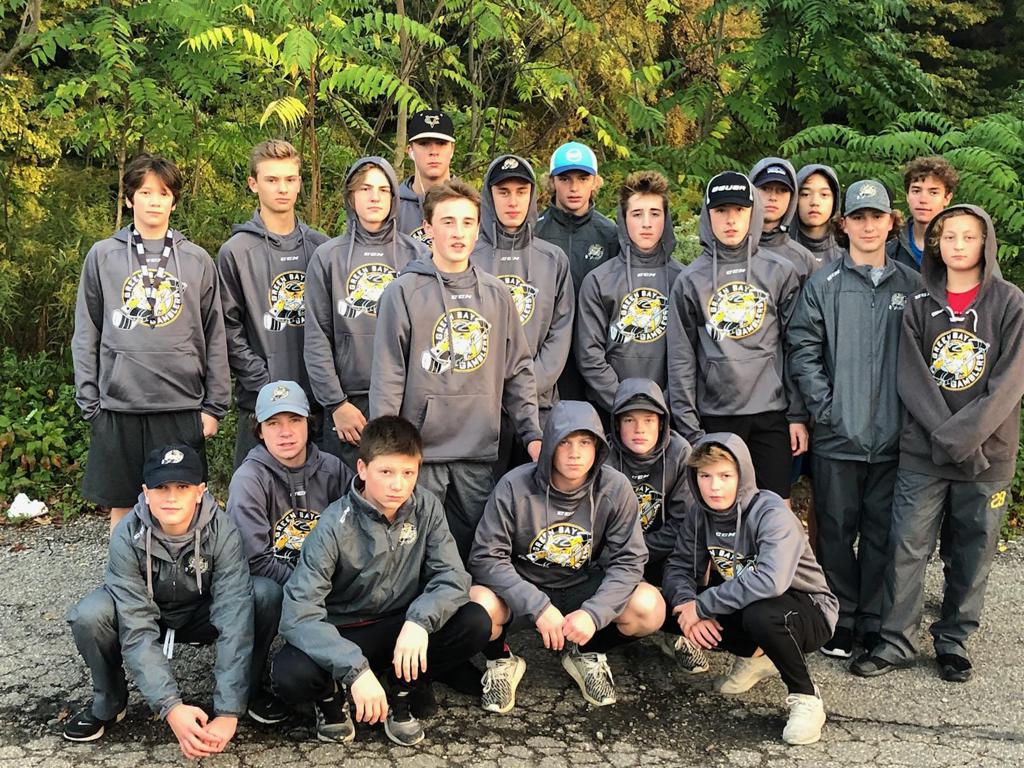 Congratulations to the 05 Bantam Minors who finished 5-0 last weekend at the STX Showcase at the University of Notre Dame.   The Jr Gamblers started the weekend with a 5-2 win Friday morning over the St. Louis Jr Blues followed by a 3-2 win over Carshield that evening.   On Saturday they kept their momentum going first with a 6-1 win over the Rocky Mountain Roughriders and then  a 3-0 shutout of the Colorado Thunderbirds.   In their finale on Sunday  the Jr Gamblers  completed the sweep with an 8-3  win over the Providence Hockey Club.   Congrats boys!

Congratulations to the 06 Pee Wee Majors who won the 2018 Bauer MoTown Classic this weekend in Detroit, MI.  The Jr Gamblers began their weekend with a 4-3 win over Thunder Bay Friday morning followed by a close 3-2 loss to Victory Honda that evening.  Saturday morning the Jr G's closed out pool play with a solid 5-3 win over Belle Tire.  Their 2-1 pool play record earned them the 4 seed in the single elimination bracket play and a match up versus the 5 seed Dallas Stars.  Their 1-0 victory over Dallas Saturday night earned the Jr G's a semifinal matchup Sunday morning against the Oakland Jr Grizzlies who upset the Barrie Colts 3-1 in their Semifinal matchup.  When the dust settled Sunday morning the Jr G's had prevailed 2-1 in a shootout.  Sunday afternoon's championship game was the opportunity the Jr Gamblers were looking for...a rematch with the 2 seed Victory Honda.  The Jr G's would not be denied and raised the Bauer MoTown Classic victory belt with a 5-3 win.  Congratulation boys on a great weekend!

'98 Jr Gambler David Fessenden has committed to the University of Alabama-Huntsville for the 2019-2020 season.  The 6'6 goalie has spent the last three seasons with the Bismark Bobcats, Minnesota Magicians and the Northeast Generals of the NAHL as well as with the Sioux City Musketeers of the USHL during the 2015-2016 season.  More details of David's commitment can be found here.  Best of Luck David!